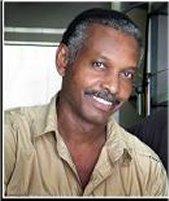 Willie D. Burton, a seven-time nominee and two-time Oscar winner is one of two African Americans to receive the Best Sound Oscar. Burton received a 1988 Oscar for Bird and the 2006 award for Dreamgirls.

Burton has worked on the sound of almost 100 movies since his first film, 1975′s Let’s Do It Again.

Willie Burton has been nominated for the Academy Award for Best Sound or Best Achievement in Sound Mixing a total of seven times, winning twice;

he has been nominated for two BAFTA Film Awards for Best Sound, winning once;

and he was nominated for one Emmy Award for Outstanding Achievement in Film Sound Mixing for his work on Roots.