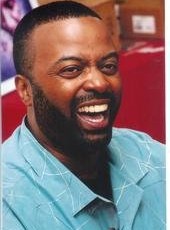 In this era of disposable popular music and “flavor of the month” idols, there remain few artists who truly study their craft, sing songs with style and substance, and strive to create a significant body of work that will stand the test of time. Victor Fields is one such artist. A critically-acclaimed singer and songwriter from Oakland, California, his ability to move seamlessly between R&B, Jazz and Pop prompted the legendary Lou Rawls to call him “the man with the golden voice” and the Los Angeles Times to describe him as “a stylistically accomplished singer who deserves much more attention”.

Victor’s recording career began in 1999 with Grammy-nominated Producer/Artist, Kashif. All four of his CD’s (recorded on his own label, Regina Records) featuring guest artists such as Eric Marienthal, Jeff Lorber, Chris Camozzi, Gerald Albright, Chris Botti, Rick Braun, and Richard Elliot continue to garner radio airplay in the US, the UK , Europe and Japan. As a performer he has opened for Cameo, the legendary Isaac Hayes, and Tony-winner Dee Dee Bridgewater. He was also a featured artist at the Los Angeles Jazz Society’s Tribute to Herbie Hancock and at Harry Belafonte’s “Urban Peace Awards” with James Ingram and Patti Austin; the Capital Jazz Fest; Playboy at the Park; the Flamingo Las Vegas with Regina Belle and Atlantic Starr; and before a sold out crowd at Ashford and Simpson’s “Sugar Bar” in Manhattan.