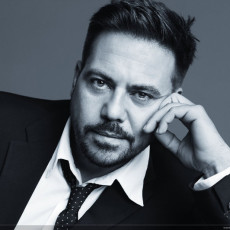 One of the foremost American designers during the last two decades, Narciso Rodriguez plays a singular role in fashion. In 1996, Rodriguez received international acclaim when he designed the bias-cut wedding dress that Carolyn Bessette wore for her marriage to John F. Kennedy, Jr.

On November 4, 2008, Narciso Rodriguez became part of a monumental event in American history. To celebrate her husband Barack Obama’s triumphant victory as the first African American president of The United States, Michelle Obama chose to wear a dress from the designer’s Spring 2009 Collection. “It was both emotional and exhilarating,” Rodriguez said. “To be part of this memorable moment in history was a great honor.” The designer was again honored when the First Lady chose to wear Narciso Rodriguez to her husband’s first State of the Union address in 2009 and his last State of the Union address in 2016.

Today, Narciso Rodriguez’s fashion house is based in New York City where he shows his women’s ready-to-wear collections.

The arts have figured prominently in Narciso Rodriguez’s life and work. The designer has collaborated in several films, among them, The Family Stone in 2005 and the 2008 remake of The Women. Rodriguez has maintained longstanding personal relationships with many actresses, including Sarah Jessica Parker, Claire Danes, Julianna Margulies, Jessica Alba and Rachel Weisz. Rodriguez established a relationship with internationally celebrated choreographer Christopher Wheeldon, founder/director of Morphoses; he designed costumes for Morphoses’ American and British premieres in 2008. The designer continued his involvement in the world of dance in a collaboration with well-known choreographer Jonah Bokaer in 2010, in a series of performances curated by Cecilia Dean and writer David Coleman. In 2014, Rodriguez began a new collaboration with one of New York’s most respected choreographers, Stephen Petronio, for Petronio’s 30th anniversary season, designing costumes for a new dance, Locomotor.  The next year, the designer designed costumes for Petronio’s Locomotor/Non Locomotor. The designer’s costumes for Petronio’s Locomotor were featured in an exhibition titled “Dance and Fashion” at the Museum at FIT in 2014. Rodriguez continued collaborating with Bokaer, designing costumes in 2015 for the choreographer’s Triple Echo for the opening night of the Onassis Festival in New York. He designed a pointe shoe for Vogue’s Hamish Bowles who curated an exhibition in honor of the American Ballet Theatre’s 75th anniversary.

Rodriguez also collaborated with artist Cindy Sherman on a project for American Vogue. The designer’s work has been featured in several museum exhibitions including MoCA’s “Skin and Bones” in LA and Cooper Hewitt’s Design Triennial Exhibition, both in 2006. In 2010, there was a comprehensive retrospective of Rodriguez’s work in San Juan, Puerto Rico to benefit the nonprofit organization Alas a la Mujer, a group to support women’s education. The designer was also featured in “American Beauty: Aesthetics and Innovation in Fashion” at the Museum at FIT. In 2010, Sundance presented The Day Before, a behind-the-scenes look at the designer and his atelier, directed by Loic Prigent, for his series on the 24 hours leading up to a fashion show.

Rodriguez established his atelier in New York in 2001 and presented his Fall/Winter ready-to-wear collection that year. Subsequently, he became the first designer ever to receive consecutive Womenswear Designer of the Year awards by the Council of Fashion Designers of America in 2002 and 2003. In 2005, Time Magazine honored the designer by naming him one of the “25 Most Influential Hispanics in America” while two years later, he received the Fashion Icon Award from Pratt Institute. In 2008, Narciso Rodriguez, a book devoted to the designer and his process, was published by Rizzoli to critical acclaim. Rodriguez was also honored for Special Achievement in Fashion by ALMA (the American Latino Media Arts Awards) in 2008. In 2009, he was again nominated for the CFDA’s Womenswear Designer of the Year award. In 2010, the designer won the title of Mercedes-Benz Presents designer, winning the sponsorship of Mercedes-Benz. Rodriguez was among the Cultural Leaders of 2010 selected by USA Network and Vanity Fair magazine. In 2012, the designer was honored by El Museo del Bario as one of the five most influential Latinos in America and was presented with the award for Excellence in the Arts. Rodriguez was featured in CFDA’s “The Pursuit of Style: Advice and Musings From America’s Top Fashion Designers,” published by Abrams in 2014. The same year, the designer was awarded the Vanidades Iconic Man of Style award as part of the International Vanidades Icons of Style Awards, sponsored by the Latino publication, Vanidades.

Rodriguez was awarded the prestigious Cooper-Hewitt Smithsonian National Design Award for fashion in 2014 with the First Lady Michelle Obama as honorary patron. Esteemed artists Cindy Sherman and Robert Longo presented the designer with his award. The Stephen Petronio company performed an excerpt from Petronio’s piece Locomotor with costumes designed by Rodriguez. The celebration included the First Lady’s annual luncheon honoring the National Design Award winners at the White House. In 2015, Rodriguez was also honored by the Opportunity Network for his achievement in fashion, his philanthropy and his support to the organization in helping low-income students realize their potential.

In collaboration with Beauté Prestige International, Rodriguez created his first fragrance, for her, in 2003, which received the British FiFi Award for Best New Fragrance that year and the Fragrance of the Year/Women’s Noveau Niche award in 2004. Narciso Rodriguez’s men’s fragrance, For Him, was launched in 2007 and received the 2008 Grand Prix du Parfum Award for Best Masculine Fragrance and Best Design. essence, Rodriguez’s third fragrance was launched in 2009. Rodriguez was the recipient of the FiFi Award for Most Iconic Fragrance of the Past Decade in 2012 for his fragrance for her. In little more than a decade, the for her collection, essence and for him collection became innovative classics and modern icons in the fragrance industry. In 2014, the designer launched his new fragrance, NARCISO, which, in one year, is on its way to becoming another iconic classic in the industry.