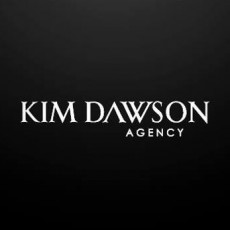 For over fifty years, the Kim Dawson Agency has been the premiere agency in the Southwest. It is a full service agency representing women, men and children for print, fashion shows, feature films and television.

Founded in 1959, the Kim Dawson Agency is one of the oldest and most prestigious agencies in the country. In the mid-1950s Kim Dawson returned to her native Texas after modeling for the top designers in Paris and New York. While establishing herself as one of Dallas’ top models she saw an opportunity to be a pioneer in Dallas’ emerging fashion industry by opening the city’s first modeling agency. When Dawson was named the Fashion Director of the Dallas Apparel Mart in 1964, her namesake agency became the center of what was to evolve into one of the country’s major fashion markets.

Today the agency is still fully owned by the Dawson family. Having begun as an agency that represented women primarily for “tea room” modeling, the Kim Dawson Agency now has a reputation worldwide for finding and developing top models and talent.  International modeling stars such as Bridget Hall, Erin Wasson, Chandra North and Ali Michael all got their starts with the Kim Dawson Agency. Actors Angie Harmon (Rizzoli & Isles), Chace Crawford (Blood & Oil) Jensen Ackles (Supernatural), began their careers here as well. And many of today’s most recognizable teen stars — Selena Gomez, Demi Lovato, and Thomas Mann (Me, Earl, and the Dying Girl) – were discovered while working with the Kim Dawson Agency.

Thanks to the consistent quality of models and actors, the Kim Dawson Agency has become a destination for agency scouts from around the world. Working with the top agencies in New York, Los Angeles, Europe, Asia, Australia and Africa we not only launch a career, we manage it internationally. Renown for having some of the most experienced and knowledgeable bookers and agents in the industry, the Kim Dawson Agency turns new faces into stars.