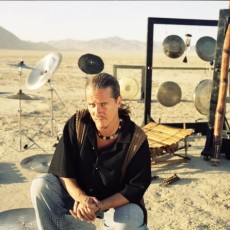 Gerry Gibbs is a Grammy nominated Drummer, Producer, Band Leader, Composer & Arranger. As a Solo Artist, Gibbs has released 9 Jazz Recordings. His first, back in 1996, ‘Gerry Gibbs Sextet – The Thrasher’ features Saxophonist Ravi Coltrane with Quincy Jones as Executive Producer, while his last two recordings: ‘Gerry Gibbs & The Thrasher Dream Trio’,’We’re Back’ and “Live In Studio” feature Jazz luminaries Ron Carter & Kenny Barron. In 2014 and 2015, all 3 Trio recordings topped the National Jazz Radio Charts; spending 15 weeks between the three CD’s at #1 while ‘The Thrasher Dream Trio’ received a Grammy Nomination in 2014. Gibbs forthcoming Jazz recording: ‘Live in Studio’ also features the rhythm section of Ron Carter & Kenny Barron throughout while, this time around, added guests include: renowned Trumpeter Roy Hargrove and Award-Winning Vocalist Cassandra Wilson. In November 2015 The Gerry Gibbs  “Thrasher Dream Trio” has once again returned to #1 on the JazzWeek Jazz Charts as the most played Jazz CD across the country for 2 weeks. This would be their third #1 CD in a row in less than two years for 15 weeks total. Since the first jazz radio charts started being documented going back 14 years to 2002, only two other artist in 14 years have had three or more #1 consecutive CD’s in a row.

Following the successful reception of the last two Thrasher Dream Trio recordings, Gibbs has quickly returned to the studio. Entitled “Thrasher Dream Trio Live in Studio”, the CD once again features rhythm section titans Ron Carter & Kenny Barron throughout, while this time his guests include renowned trumpeter Roy Hargrove and award-winning vocalist Cassandra Wilson. In November 2015, Gerry Gibbs and his “Thrasher Dream Trio” has once again returned to #1 on the JazzWeek Jazz Charts as the most played Jazz CD across the country. This would be their third #1 CD in a row in less than two years for 15 weeks total. Since the first jazz radio charts started being documented going back 14 years to 2002, only two other artist in 14 years have had three or more #1 consecutive CD’s in a row.

Recorded at the famed Systems Two Studio in Brooklyn, NY before a Live audience of invite-only musicians, music industry insiders and friends, the CD features 16 gorgeous re-workings of one-time Top 40 Classics mostly from the 1950’s and ‘60’s. Though many of the selections have been covered by a countless number of crooners and popular singers, few of the tracks on ‘Live in Studio’ are played, performed or recorded these days and surely not collected on one recording. The unorthodox idea to bring together these tunes on one single ‘concept recording’ developed from Gibbs dialing in daily to KWXY, a station out of Palm Springs, CA, that broadcasts a playlist featuring classic standards originally popularized by the likes of Dean Martin, Sammy Davis Jr., Jack Jones, Julie London, Johnny Mathis, Roy Rogers, Doris Day, Charlie Pride, and Esquivel, as well as campy lounge recordings from the 1960’s. As Gibbs points out, “some might refer to these tunes today as Muzak, elevator or doctor’s office music, but I’ve always loved the inherently great melodies and song-writing craft from this era.” Gibbs has surely found a fertile treasure trove of inspiration to recast such classic melodies in a modern jazz context and with plenty of room for outstanding improvisations. Choosing to dive into the studio this time out with no rehearsals or written arrangements, Gibbs kept things loose, directing the proceedings with only simple tempo and groove outlines while allowing the tunes to evolve in the more-than-capable hands of Ron Carter and Kenny Barron. Added to the mix was the late-breaking development of including trumpet great Roy Hargrove and vocalist Cassandra Wilson. Each adds an individual, stylistic warmth and charm to the tracks on which they appear.

The result is a jazz recording of undeniable class and grace, with catchy and comforting melodies often associated as “Easy Listening” and reinterpreted here with swinging jazz clarity and modern vision. Far from any notion that this could be called ‘muzak’, here some of the greatest names in jazz working today deliver elegantly swinging re-workings of melodic pop chestnuts. Gibbs has it right: start with great melodies, entrust them to the invited masters, and take us all on the ride. Elevator? No. Elevated? Most definitely.

With a wealth of experience behind him, with his three most recent CD’s reaching #1 at radio and another outstanding Thrasher Dream Trio + Guests released in the Fall of 2015, Gibbs is still only just getting warmed up. Gerry’s bred-in-the-bone approach to outstanding jazz drumming, composing & arranging is evident to all who work with him, and his reputation for assembling many of the greatest names in jazz to take part in his unique conceptual productions, from trio and sextet all the way to big band and beyond, in recordings and live concerts, all contribute to his lasting trademark as a formidable bandleader and gifted jazz talent with many more outstanding concepts, concerts and collaborations to come.