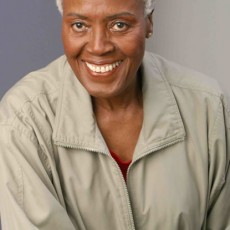 Fran Bennett was Head of Acting/Director of Performance at CalArts School of Theater from 1996-2003, where she has taught voice since 1978. Bennett earned a BS, MA and credit towards a Ph.D. at the University of Wisconsin, Madison. She was the voice and movement director for the Guthrie Theater in Minneapolis for 12 years as well as an actress in the company. She was trained by Kristin Linklater in her first voice teacher training program, and is a Master Voice Teacher with Shakespeare & Company.

As a professional actress, Fran Bennett has guest starred in numerous TV shows and movies of the week, as well as film and theater in Los Angeles, including (TV) LA Law, In The Heat of The Night, Quantum Leap, Some Kind of Love, Majority Rules, Crisis Center, Tempting Fate, Early Edition, The Book of Daniel, Boston Legal and Community; (film) Wes Craven’s Newest Nightmare, 8MM, The Next Best Thing and The Effect; (theater) Cherry Orchard, Happy End, Jar The Floor and The Things You Don’t Know, winning Drama-Logue Awards for the last two shows at South Coast Rep. Bennett is a member of Antaeus, and a founding member of the Los Angeles Women’s Shakespeare Company (LAWSC). For playing both the Duke of Venice and the Prince of Morocco in LAWSC’s The Merchant of Venice, Bennett received the LA Stage Alliance Ovation Award for Featured Actress in a Play. For the CalArts Center for New Performance (CNT) – Bennett played Lear in Travis Preston’s all-female production of King Lear in L.A. and at the Frictions Festival in Dijon France. Bennett won an NAACP Theatre Award for Best Performance Female for her Lear. And for the inaugural production at the Getty Villa’s outdoor Greek-style theater, Hippolytos, Bennett played the Nurse.

Fran Bennett is the recipient of the first AEA/SAG/AFTRA Diversity Honor Award. August 7, 2005 was named “Fran Bennett Day” by the Mayor of Malvern, Arkansas. The governor of Arkansas also proclaimed her an Arkansas Traveler, a nationally acknowledged distinction of merit. Again, in 2005, Bennett was inducted into the Arkansas Black Hall of Fame. Bennett is the recipient of the Watts Village Theater Company’s 2008 Blazing the Trail Award, and Playwright’s Arena honored her in 2009. Also in 2009, Fran Bennett was made Distinguished Member of VASTA.