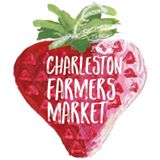 Founded by Mayor Joe Riley in 1989, and the Clemson University Cooperative Extension Service, the Charleston Farmers Market (CFM) is produced by the City of Charleston Office of Cultural Affairs, in cooperation with the City of Charleston Parks Department and Special Events Committee.  Over the years, the CFM has received numerous awards: in 2005, the revitalized Marion Square welcomed back the farmers’ market and received the Three Sisters Award from the Charleston Save the City Committee; in 2008 the CFM was ranked by Travel + Leisure Magazine as one of the top 10 Best Farmers Markets in the Nation; and in the Charleston City Paper Readers’ Poll, “Best Of,” the CFM was named “Best Outdoor Event” for 2010, 2011, 2012 and then named both, “Best Outdoor Event” & “Best Attraction” for 2013, 2014 & 2015!

Located in Marion Square in the heart of Historic District in Downtown Charleston, SC, the CFM is open each Saturday, from April 9th through November 26th, 8 AM to 2 PM with additional Sunday markets during the Piccolo Spoleto Festival in May and June as well as Saturdays and Sundays in December during Holiday Magic for the Holiday Market. The CFM is dedicated to the support and advocacy of Lowcountry farmers, growers, prepared/packaged food, artisans, crafters, live performers and community groups of all kinds. The CFM offers a variety of local produce, plants, herbs and cut flowers as well as breakfast and lunch vendors, live entertainment and an assortment of juried arts and crafts from local artisans. Attracting locals and tourists alike, the CFM is the community connection, bringing together people from all parts of the Lowcountry and beyond. Whether customers are locals that frequent the market or tourists visiting for the weekend, the CFM has something for them to enjoy.