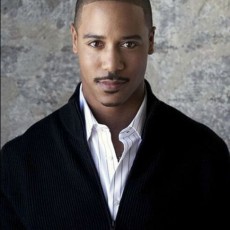 Brian was born outside of Boston, MA. He comes from a large family with five beautiful younger sisters. He attended Dartmouth College in Hanover, NH where he studied Political Science, Psychology, Theater Arts, and also played on the Football and Lacrosse teams. Following graduation, Brian was blessed enough to be signed by both an NFL (New England Patriots) and NLL (Boston Blazers) team.

Sadly, an injury cut Brian’s football career short and was then introduced to the profession of modeling, also co-founding a professional dance/theater company: Phunk Phenomenon Urban Dance Theater Company. The mission of Phunk Phenomenon has always been to use the art of dance as a catalyst for youth outreach. Over the past several years “Phunk” has visited over 200 private and public schools, performing and sharing the collective life experiences of the ensemble on a variety of socially relevant topics including: the affects of drinking and driving a motor vehicle, drug use, peer pressure, sex, pregnancy, hazing and race relations.

Today, Phunk Phenomenon has grown far above and beyond what Brian has ever imagined possible and is very proud to be able to say that “Phunk’s” past collaborations now include: MTV, NBA, NFL, WNBA, Disney World and performances with Britney Spears, TLC, Run DMC, No Doubt, Jessica Simpson, and Alvin Ailey. And looking to the future, Phunk Phenomenon will share a national stage as a partner with Brian’s foundation’s charity of choice: W.A.R.M2Kids (stands for “We are All Role Models”).

As for the modeling and acting, Brian got his introduction to this business by attending a fashion show casting with a friend. It so happened that this is where he met a talent agent. Shortly after the show, Brian had the good fortune to be signed by an agency in his hometown and began the process of learning the ropes of the business and developing his confidence. He utilized his dance background by incorporating “movement” into as many of the modeling jobs as he could, and within his first year in the modeling business, Brian had a pretty decent portfolio, headshots and a short resume.

Brian was lucky enough to have gotten his SAG card on the very first commercial he did, which was a speaking role for a large department store chain. His next significant step occurred when he was presented with the opportunity to work in Los Angeles, CA in 2000 (on a TV show)… and obviously, he took it. The show was “Moesha.”

Since 2000, Brian has been focused on studying the craft and business of acting and has dedicated himself to trying to become the best actor he can be. His goal is to seek out roles with which he feels a strong personal connection and sees some social significance. Ideally, Brian’s work will inspire discussion among its (the projects) viewing audience. His promise to himself — whether the platform be film, TV, or theater, is to attempt to seek out material that is challenging: mentally, emotionally, physically and spiritually.

In the world of modeling, Brian is still and will always be on the look out for opportunities to express himself artistically. He really appreciates great photography and great photographers. He also enjoy the process of making great pictures. So, creative minds with the means to bring creative ideas to life are always welcome.