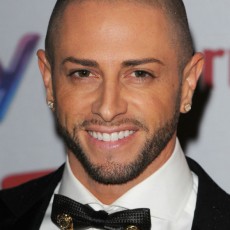 Entrepreneur, artist and trendsetter, Brian Friedman is one of today’s hottest directors for today’s most popular concert tours, music videos, television shows, commercials, and films. His moves and style are beyond grande, graceful, and captivating, which makes him a true living legend in his field.

Friedman has choreographed and/or directed some of the most popular and groundbreaking music videos and performances such as Britney Spears “Toxic” and “Slave 4 U”, “My Love Is Like Wo” by Mya, “The One” by PRINCE, *NSYNCs “Dirty Pop”, and many more for artists such as Justin Bieber, Beyonce, Mariah Carey, Usher, Pink, Ne-Yo, Brittany Murphy, Christina Aguilera, Nicole Scherzinger, The Wanted, Carly Rae Jepsen and Rihanna.

As a dancer, his silver screen credits include both “Charlie’s Angels” and “Charlie’s Angels: Full Throttle”, “You Got Served”, “She’s All that”, “Austin Powers Gold Member”, “Uptown Girls” and more. Friedman has also choreographed for countless television shows including Will & Grace, The Tonight Show with Jay Leno, David Letterman, The Ellen Show, Oprah, That 70’s Show, MTV VMA’s, VH1 DIVAS LIVE and Billboard Music Awards.

Friedman’s dance training began at the age of 11 in his hometown of Scottsdale, Arizona and he soon starred in “Newsies”, “Kids Incorporated” and owned his own dance studio by the age of 16. As a young dancer, Friedman worked with such artists as Michael Jackson, Janet Jackson, George Michael, Paula Abdul, Celine Dion, Melissa Etheridge and Patti LaBelle. Friedman has been nominated for 4 MTV Video Music Awards, 2 Music Video Production Awards and 5 American Choreography Awards.

This young innovator created “FREESTYLE”, an interactive instructional dance DVD teaching audiences original choreography from the moves that made him famous. He also tours around the world mentoring thousands of students and teaching his own dance technique on a workshop he is the Creative Director of called The Pulse.

Friedman entered millions of homes as a judge and choreographer of the FOX hit show “So You Think You Can Dance?”. After 2 seasons of SYTYCD he was exported overseas to London to star in Simon Cowell’s UK show, “Grease Is the Word”. Following Grease was London’s “The X Factor”. Cowell created a brand new on camera position just for Brian as Creative Director. In America Brian was also seen judging on MTV’s Top Pop Group and Directed, Choreographed and Danced on Dancing with the Stars. Brian is Producer and Creative Director of the #1 US summer hit “America’s Got Talent” and The US version of “The X Factor”! This young trendsetter has his own clothing and shoe line with Capezio.

Keep an eye out for Brian Friedman “iDance” the very first interactive Dance Application for iPad, iTouch and iPhone.