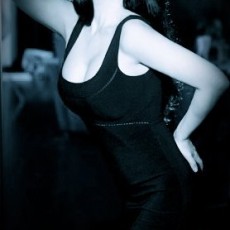 Alexis Kiley began her professional training with Paul Ryan at CBS On The Lot Radford Studios, where she focused exclusively on musical theatre. From there she went on to perfect her craft at the world-famous Lee Strasberg Theatre Institute in Los Angeles working with director Susan Anspach and director Anthony Calderella. She then continued to work with Anthony Calderella in various projects as well as personal training in film and scene study work with her private acting coach and friend, Golden-Globe Winner Sally Kirkland.

Kiley’s film, t.v., and stage credits include My Brother Jack, Till Death Do Us Part, Angie, The Big Time, 1945, Last Man On Earth, V.I.P., Go Back For Murder, Idiot’s Delight, Butterfield 8, Kennedy’s Children, Witness for the Prosecution, Will Work For Food, and L’il Abner. Her unique presence combined with great acting and dance ability also landed her in a Pepsi commercial with pop sensation Shakira, as well as a guest appearance in ABC’s Ugly Betty, a role in Warner Brothers The Big Time, appearances on The Roseanne Barr Talk Show and To Tell The Truth, portraying a young Elizabeth Taylor in ABC’s The Celebrity Look-Alike Show, and co-hosting the 6th Annual South Bay Music Awards 2012.